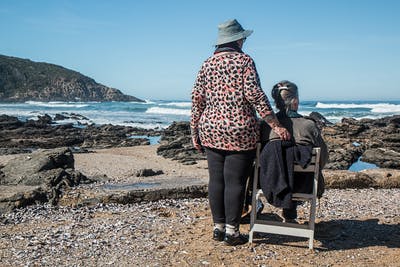 Seniors! Yes, Seniors, get ready to LOSE all of your Social Security Benefits in 2024 if the GOP retakes the U.S. Senate! What? Why? Who? What’s going on now? Truth or Fiction? Unfortunately, Fact! Now, little gifts are sometimes tucked away in an Article and one just Opened the Door on a Secret GOP PLAN about Covid that slipped in a bit much more. But you already knew that, didn’t you? I didn’t Know it.

First, it’s an Article about seeking the Origin of Covid which China will never cooperate in. WHO Scientists proved that already.

But here’s that Article just out in 2022

Senate Republican leader Mitch McConnell, the state’s senior senator, also pointed to Paul’s opportunity to lead a committee if the GOP wins Senate control. If that occurs, he said Paul would become chairman of “one of the most important committees in the Senate, in charge of health, education, labor and pensions.”

Lets move to another year-2012

“Rand Paul, the Tea Party leader running against me for Senate in Kentucky, thinks Social Security is unconstitutional”

Well, talk about a Hurricane coming in The Future. Killing Social Security is like two massive Steam Engines barreling down towards each other at 100 mph with a million people in the cars behind each engine. Lots of millions.

McConnell is set to Put Rand in Charge of a Powerful Committee that very well could Kill Social Security no matter How Much you’ve Already Paid into it. And it could take place as early as 2024.

Then Old Farts! Elderly! What ya gonna do? Cry! Eat Spam. Go homeless! Die without your Elderly Meds? And I ain’t mad at ya. I’m one of YOU!

The man is Hell-Bent on destroying Social Security! And His Stare would Suffer. But who Cares with these Millionaire Politicians? They sure don’t!

It’s Okay. I saw the same thing in South Korea. ? I saw these Old, very Old Koreans in ALL WHITE Clothes. And I ASKED about them.

They Old People. We suppose to take care of them when they get that Old. But Younger Koreans don’t want to do that anymore. They not understand they War Veterans. Fought for Our Freedom from USSR communist Takeover. I help much times. But I see them sad and they aren’t getting taken care of much TODAY.

But killing Social Security has been in the gum-up the works for a very long time.

Welcome!  This is the blog site for the author-James Brown and his pen name is "the living breathing James Brown".   He gladly admits that he did find a touch of folly in this pen name at first but he did this to separate his writings from all of the other thousands of James Browns.  A most Popular name.

When James is not writing, he takes pictures for Disable Veterans and shares them Online here and elsewhere on Google.  So far, his over 1,700 pictures and Blog Posts have now been viewed over 8,785,218 (updated 01/30/2023 ) times by individuals just like yourself.  Congratulations on Surviving the COVID LOCKDOWNS! You made it!

Bring PEACE to the World!

Now, not all of us are capable of visiting places that the author takes pictures of.  But he genuinely hopes that his photos will bring joy into your life and into your Hearts. His writings have appeared in The Texas Review and The Sam Houston State Literary Review. James is the author of A Panther's Father Book Series.

Three of the Book Cover Designs for this Book Series have been done by the known and highly respected and gifted Artist-Jessica Arbelaez here shown above holding Carpe Diem which is the Book Cover Design for A Panther's Father III.  A PANTHER'S FATHER IV Book Cover Design is done by a highly respected Artist, Christin Lee.  She also used a Male Model for her Subject matter.   The Panther, is seen inside a wooden Coffin during the Dia de los Muertos which is one of Mexico's most important religious holidays and is celebrated on All Soul's Day.  The Panther explodes out of this coffin to take on one of the most powerful and most dreaded of all Russian Death Fighters in the World in Mexico City, in this 4th Book.  A PANTHER'S FATHER IV is a very explosive book taking on Russia like never before just as the War continues raging on in Ukraine.  Child Sex Trafficking is also tackled to the ground as well by the World Renown Criminologist, Dr. Weaver and the LAPD and the proud TEXAS RANGERS AND TEXAS DEPARTMENT OF PUBLIC SAFETY TROOPERS.  An unbelievable tale unravels right before your eyes.  Coming out in 2023 after a three year write by the Living Breathing James Brown. And yes, James is also the author of the 1996 book, Handgun Safety.

James loves Crawfish Hands and he hopes that you enjoy reading his books.  Yes, he has unbelievably over 19,000-plus followers and these numbers continue to grow.  But he finds these numbers of followers to be somewhat scary and very humbling at the same time.  And many diverse individuals from across the Globe now including over  126 Different Countries come to this blog site to Review what is being POSTED.  But, please know this-Your visiting this blog is absolutely the most important thing to him and he does appreciate you.  Yes he does.  He thanks you for your kindness of visiting.   And James sincerely hopes that he has placed some good "food into your mind" to help aid you in your journey in life.  Your Live Journey.  Life is hard and it is no give-me. And James hopes and prays that you will take the time to re-evaluate your time with God.  God loves you. God loves all of us.  And James knows how difficult life can be without God in it.  So, please take the time to explore or re-establish your relationship with God.  God's Office is Open 24/7 every day. Take a moment to talk to God right now. And even in his life, James has only scratched one millionth of what life has to offer.  We are, and he says this sadly, here for such an incredibly small period of time.  But make your time count for something.  Something greater than yourself.  Be good and grow into the person that you always knew that you could become.  Don't ever let someone else dictate to you how small they want you to think that you are.  To me,  you're not small. You are a super human being just like all of us.  You are special.  Never give-up on your family or yourself or on life itself. Life-Just Do it! Who I am is not important, but who you are is and what each of us gives back in our lifetime is...the living breathing James Brown A Panther's Father IV will be published in 2023. Here is a "About the Author" written by an outside source and not by my person- JAMES BROWN is a master storyteller and historian. His most recent work is A Panther’s Father, Books I – III and soon, A Panther's Father IV, which is a spiritual series, a testament to the hardships James and his loved ones have faced Overseas and here in the New World. He takes his readers on a journey, exploring humanity, the highs and lows, our virtues and vices, our pain, and yet, also our laughter, and all to express the hope and the love the Lord has for each of us. James is a simple man, a Texan, of Scottish Heritage, and when he’s not playing Cowboy he’s one heck of a Dad, to three mostly-grown individuals, and one amazing Grandpa to eight grandchildren.

And reading to his two female German Shepherds who happen to be sisters from the same litter.

He’s been married to his special lady, Janet Brown, who dabbles in math wizardry (i.e. a high school math teacher), for 42 magical years. She is the love of his life, his muse, and best friend. James is also a decorated U.S. Army Veteran, a gunner on an M-60 Main Battle Tank, which the crew affectionately called-Aphrodites.

"I thought I understood Gun Violence, but I found out I didn't know a damn thing until my own daughter was shot thru her chest with a .45 Caliber Handgun" ~the living breathing James Brown~ God Bless!  Be Happy and Share Your Love!  And Kindness to all!