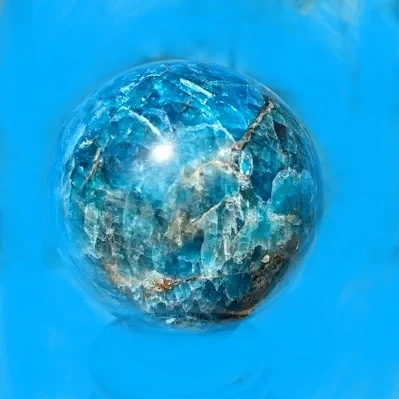 But with the Continuing Capabilities of Robots, let them put up the Shelters and TEST everything. Let man control these piles of Chips and motors and rechargeable batteries and A.I. And all the other gizmos needed to make them WORK. And let them WORK! Let them put together all the things man will need. Let them Harvest Water and other things man and woman will need.

But damn sure don’t make it a One Way Trip for people. A Death Trip. I’m not cool sending the First people who’ll only be able to say-We Came, We Saw, and now we will Die here. At Mars. The Moon should be doable. But makes no sense to send people when Robots should go first and Build all things necessary for a successful Stay and return.

But screwng-up the Moon’s Orbit will KILL EARTH.

Yes, it will. Kill us all and the reason I don’t like us doing anything with the Moon. But people got to just be messy. And get into stuff that isn’t cool. MARS? Why go to a DEAD PLANET? There could be something there and if brought back could Kill us all. But we keep tinkering with it like it’s incredibly amazing. One Rover told all we really need to know. It’s still a DEAD PLANET. And where’s all this Water they once said was there? Lots of water and No Life? Not making big sense to me. To YOU?

But I think we’ve all enjoyed the Pictures of all the Planets. And all the things we’ve learned about all the Planets. It’s been Cool. But a staggering COST of $6 Trillion Dollars. And still spending. Looks like the NASA MONEY WELL can’t ever run dry.

But Robots appear to be the Best Road to go now. Then if successful on the Moon and Mars, go to other Planets we’d like to go to. The ones hospitable to Robots. But sure seems like it’s easier to run to other Planets when we can’t even fix our own. And if the Earth reaches a point of incapable of Sustaining of Human life, BILLIONAIRE TYCOONS will Bid to go live on the Moon or in Ultra High Security Strongholds in Mountains or under the the Oceans.

Strange how man is always running from his Problems instead of solving them. And Earth needs Solving. What you’re not seeing right now is Real Talk about How the Ocean Currents will be changing when the Ice Melts completely on the North and South Poles. No, that monster Issue isn’t a pretty dinner discussion. And they’ll think you are a Kook if you do. But damn straight the Currents altering will change and could cause a sudden slowdown of the Earth’s Rotation. And that wouldn’t be Good. Go from 24 hours to 30 hour days in 30 days or quicker. To 40 hour days. To 50 hour days. And longer as the Earth Rotation heads to a complete Halt.

Or a full Rotation stop in one year?

Then we could all Kiss Our Asses Goodbye!

I’m afraid that when the Ice Melts, the Earth’s Rotation will begin to Slow down. And the Billionaire Tycoons will be trying to buy a Ticket on anything that would keep them alive. Instead of dying with the rest of the Billions who would die. Simply Die. 99% would die and the rest will follow.

No, don’t get Upset, the Earth Slowing won’t take place for a little while now. You can look up Articles on the Predicted Dates. Yes, they are there. And the Dates are too far apart to say either is Correct.

I find it funny that the World Leaders are more worried of Taking over the World than the Fact that they have helped Kill Mother Earth. Oh yes, they have. They say we can FIX the Earth by limiting the Heating Up of the Atmospheric Temperature. Well, guess What? They are lying to all of you. To me. To You. To all of Us. By 2030, Fossil Fuel Consumption will be Doubled. DOUBLED! And the window looks bleak for mankind. It does to me. I know a great deal about physics and it’s not looking good. Too few are taking the Issue seriously. Too many Nations are making false promises.

So, who’s the Joke on? It’s on all of us. To each of you reading this. By 2030-2040, a slowing of the Earth’s Rotation will begin and they aren’t willing to let you know about this Tragedy. They Know. Yes, they do. More Tragic than any Shakespearean Play.

But they’ll keep telling you that KEEP WORKING, KEEP MAKING AND PLANNING for Your Future when the Future may be Dead by 2050.

You can expect Modest Current flow with Ballooning Thousand to Five Thousand Foot High Pregnant looking Movements of massive Waves that won’t be Waves. It will be Water Movement like you can’t even Imagine. Putting a great deal of the Earth under Water at separate times.

2050-2021=29 Years! Mark it Down and put it in your Wallet. If I’m wrong. Dig my Cold Body then and Call me a Liar if I didn’t get this Correct? Please do. Well, you might be digging up Dead Bodies and eating them by then. You can Eat My Body because I’m not having embalming Fluid added to my Dead Body.

You know, when you Die? What? You haven’t taken the Time to plan your Death? What you want done? Only Sorry Folks never Plan and I say let the County Bury them. Right? Lol.

But Robotics is the Best Road for the Moon and Mars. Earth, you can Pray for Her, but I’m thinking those Prayers will be IN VAIN one day in your Future.