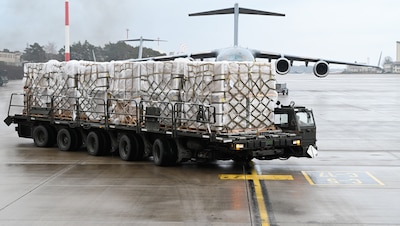 Have you got your Adult Mind with you Today? Or are you wanting to be as Mean as Hell? The Choices we make will affect our Grandchildren. The Milk of Human Kindness. Words I force myself to remember every year as I watch SCROOGE at Christmas time. But we are a long way away from Christmas and many stand to die. Yes, they do…

Has 20 Years of Killing Folks satisfied your Need for Bloodlust? Or are you still too mad to think beyond the end of your Nose. Make no Mistake, the Above Image brings back a certain amount of Rage in all of us. We lived it. We were hurt by it. But if you can, we have to figure out a means to move on. Yes, we do. Prayer helps. No, I cannot say anything that will remove your Anger. We all bear it. Some more than others. But does our Anger include Starving children? Children we will never know. But in a way, they do belong to us after 20 years. Think about it. Some are the Children of American Soldiers.

Hmm…I don’t want the blood of kids on my hands. I’m not wanting that. Do you? Walk away and let How many die? Let’s not let any die. Not starved to death.

Right now, I know and you know that it’s not easy to mention a Country that we left without a certain amount of Contempt to arise. And we can analyze to Death the Ones whom we consider as Evil as Dog Poo who are now in charge of that Country. But how about all of the citizens? The children? We are so quick to help starving dogs and cats and Old People in Israel and Russia. But where does that American Generosity end?

Doesn’t Matter what we THINK. Can we allow children to Starve to Death?

I have to Say No. Let’s not do that…not that…but what are we to do?

We cannot allow the Children to Starve to Death.

But how can we send in food and medicine without making the Warmongering Saber Settlers here Angry?

You know what, we just load up some C-17 Transports and ship in 50 Million Dollars worth of Food and Medicines and Medical Supplies. But not all at Once. As needed in Stages. We Offer the Aid. Let them know when each plane will arrive and we send in Aid to a Starving Population without any preconditions. We know What the SITUATION is. We do.

And we just do what the World expects of the Greatest Nation in the World. We donate Food and Clothes and Vital Needed Supplies.

We go in at night, if needed, to help Avoid the Hate of Hardliners if need be. But let us go and continue to feed a Starving Nation. To simple Turn Our Backs and walk away like a Wounded animal is What we did in Vietnam and THAT SAME THING is unacceptable and inadmissible within the Walls of Human Kindness. We are the Stewards of Kindness. This is where we distinguish Ourselves from all Condemnation.

But if you wish to one day have any Hopes of preventing another 911, Our Actions Today will speak Volumes to future Generations here and there. Did we turn our backs on Germany or Japan at the End of WWII? No, we chose to Help.

Even later President Kennedy chose to Help during the Cuban Missile Crisis. And he sent in Plane Loads of Food and clothes and medicine and other vital human needs into Berlin.

In 1948, when the Soviet Union’s blockade of Berlin prevented Western access to that city, the United States and the United Kingdom responded by initiating the Berlin airlift to keep food and supplies flowing to West Berlin and to maintain its connection to the West. After the blockade was lifted in 1949, the United States, the United Kingdom, France, and the Soviet Union maintained the status quo in Berlin, whereby each of the former World War II allies governed its own sector and had free access to all other sectors. The free city of West Berlin, surrounded by the communist German Democratic Republic (East Germany), was a Cold War crucible for the United States and the Soviet Union, in which both superpowers repeatedly asserted their claims to dominance in Europe.

Yes, we can choose to stand by and do nothing or should you rather we wait until our Name becomes lower than dirt as others Stood Up and sent in the needed Food and Vital Goods, while America, we waited until we had to see Pics of Starving Kids? Friends, we do not, we cannot wait to see those Pics. We can decide to never see them because We have the Power to Prevent them from ever taking place. Too many are still stuck in their Political Gallbladder Attacks about the EXIT. OUR EXIT! Get Over It! We are O U T!

The bigger Picture is what to do now? Can you Dig what I am Saying? Quit looking for a Quid Pro Quo!

A well-fed TERRORIST is a Terrorist less likely to Attack you. But does that Matter to anyone?

Bad Things will once again happen if America doesn’t begin a dialogue with the ones in Power ASAP! NO, I said nothing about accepting the New Government. No, I did not. Sill, we must Talk. We were talking before We Left. But those People and those Citizens will REMEMBER what we CHOSE to do right NOW. We ask not to Empower anyone. We must Ask to Do Good. It is the Best Road. The Higher Road.

And if this fails, let History say We Failed, but to Fail by Not Trying Anything to Stop Starvation is Unacceptable.

We must allow Our Meek to come forward and provide the needs to keep that Country from Starving to Death. It is Our God Given Ability to Pick the Right Course for America and Helping is the Best and most Honorable Road that we must be magnanimous enough to now follow.

Let us follow where We know what is Best.

No, not Follow Our Past of Doing Nothing. But to Build the 1st Bridge…one step at a time.

Then by God, Let History Judge Us. And many will say that we must feed our own kids before we feed the kids of others. And we are Doing that. Friends, the Barometer of Starvation in America is Our Schools and they are doing a Good Job here. And they are one Reason that many schools are sending food home with some kids so that they have food at home to eat. And food at home on the weekends.

Doing Right is What We do…we can help. Let’s do it.