This is a constant BATTLE!

A cache of guns seized from militia extremists.

Last March, nine members of an extremist militia group were charged in Michigan with seditious conspiracy and attempted use of weapons of mass destruction in connection with an alleged plot to attack law enforcement and spark an uprising against the government.

According to the federal indictment, the nine individuals planned to kill a law enforcement officer and then use bombs to attack the caravan of cars taking part in the subsequent funeral procession, hoping that this violence would incite a larger armed conflict with authorities. Fortunately, the FBI and the Michigan State Police intervened and took the subjects into custody before they could carry out their alleged plot. 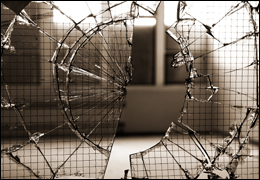 Today, we look at a fourth threat—anarchist extremism.

What is anarchist extremism? Anarchism is a belief that society should have no government, laws, police, or any other authority. Having that belief is perfectly legal, and the majority of anarchists in the U.S. advocate change through non-violent, non-criminal means. A small minority, however, believes change can only be accomplished through violence and criminal acts…and that, of course, is against the law.

Our FBI is busy Protecting Americans from all forms of Homegrown Armed Threats!

Domestic terrorism—Americans attacking Americans because of U.S.-based extremist ideologies—comes in many forms in our post 9/11 world.

Today, we look at a third threat—the “sovereign citizen” extremist movement. Sovereign citizens are anti-government extremists who believe that even though they physically reside in this country, they are separate or “sovereign” from the United States. As a result, they believe they don’t have to answer to any government authority, including courts, taxing entities, motor vehicle departments, or law enforcement.

This causes all kinds of problems—and crimes. For example, many sovereign citizens don’t pay their taxes. They hold illegal courts that issue warrants for judges and police officers. They clog up the court system with frivolous lawsuits and liens against public officials to harass them. And they use fake money orders, personal checks, and the like at government agencies, banks, and businesses.

That’s just the beginning. Not every action taken in the name of the sovereign citizen ideology is a crime, but the list of illegal actions committed by these groups, cells, and individuals is extensive (and puts them squarely on our radar). In addition to the above, sovereign citizens:

Sovereign citizens are often confused with extremists from the militia movement. But while sovereign citizens sometimes use or buy illegal weapons, guns are secondary to their anti-government, anti-tax beliefs. On the other hand, guns and paramilitary training are paramount to militia groups.

During the past year, we’ve had a number of investigative successes involving sovereign citizens. A few recent cases:

The FBI is helping to solve all forms of Terrorist Activities here in America.

Nothing and NO ONE has the right to engage in any form of Terrorist Activities in America. And as soon as you are CAUGHT, Guess What?

A LONG PRISON SENTENCE will await you!

If you know of such Activity, REPORT IT!

REMEMBER THIS- The 1st one to Report gets the BEST DEAL! Don’t go to PRISON for someone else.

This site uses Akismet to reduce spam. Learn how your comment data is processed.