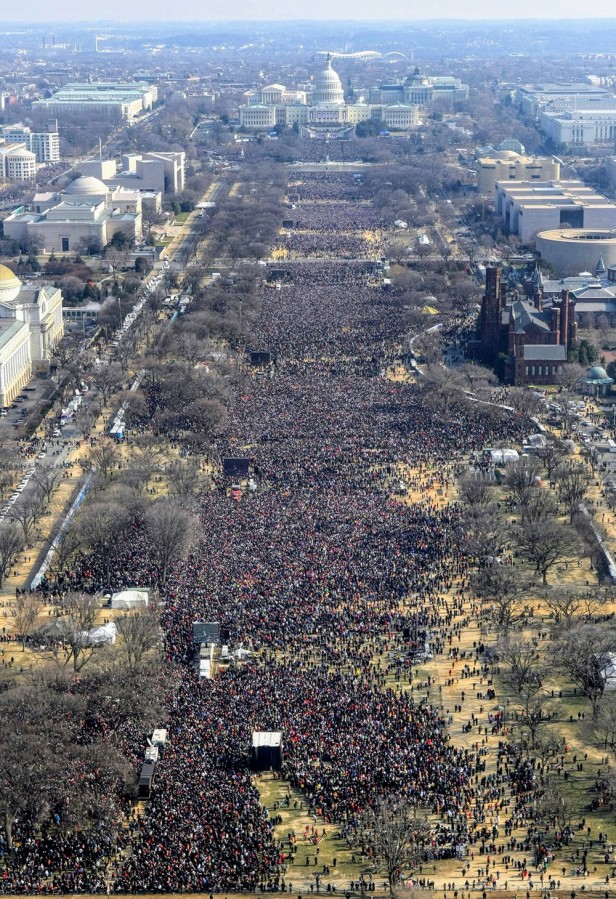 I’m expecting Washington to look like this in August.  Will you be there?

Kills a Fellow!  And this one has killed most likely a few hundred, Lord could be a few THOUSAND, including people of all Skin Color.  Including in this are all those having knees to their necks.

As a Correctional Officer from 1978 and then finally Retiring from being one here in Texas, even in ’78 at the Dangerous Prison in Texas which is in the United States, I never saw, used, or was taught, or even knew about anyone using knees or a knee to a person’s neck whether restrained or not until such things began showing up on the Television.  George Floyd’s unbelievable method of a senseless Death which is now causing intense Psychological Trauma all across America and the World.

But it’s so reminiscent of a Time not so long ago when during the Vietnam War, a film was shown ON AIR of a man taking his revolver and placing it on the side of the head of another man who was handcuffed and then proceeded to Blow His Brains Out!  It too was so very shocking, horrific, and instantly caused uproar of We Got To Get Out Of This Place and WE DID! Out of Vietnam.

But for everyone in your immediate Contact Zone, please pass along this-CHANGE IS COMING!  Yes, it most definitely is.  So, please Control your Excitability while Protesting and Please Don’t add any Drugs into the Mix or include any bad behaviors. Control Your Roll. Also, Drugs can be Deadly under the right conditions.  And that’s why I want to share with you a very perplexing Condition.  A real combination of what’s causing what?  You must decide…not I.

I still remember an X-Ray Tech’s telling me of a young College Student, a young freshman girl, a pretty woman she said, and her coming into the E.R. with her heart racing so fast that it finally STOPPED!  And the girl kept saying-Make It Stop.  Three words that she said over and over until she Died.

And her Death was caused from taking an Unknown Drug at a Fraternity Party and she couldn’t tell anyone what it WAS that she had taken.  But she damn sure Died.  And my X-Ray Friend, I could tell, she was visibly Upset.  You see, I Worked the E.R. once too.  She said the Doctor was an Old Mess of a Fellow who shouldn’t have been practicing anymore.  And I’ll never E.R. that one again.  That stuff is a MESS and you never know what’s coming in next.

Someone with barely a Cold to those facing Instant Death and WRONG Decisions or wrong actions do kill a fellow, a woman, or a child.  Yes, Life Decisions are made every day and in the E.R. you’re at the Mercy of great people and Incompetent Ones.  Yes you are.  But now, we must jump into the Rabbit Hole once more exploring yet another medical condition that is very real and some will now say is a COP OUT! For those that USE it.

But still, people do die of it.  And the question all of us are asking is this-Are Law Enforcement Officers deliberately engaging in Wholesale Murder or is their Use of Restraining Methods adding enough Excitability to cause the Death of anyone?  Those already under duress?  But more so under the Influence of underlying Medical Conditions and a Drug Usage?

Now, I’m not making any statement of accepting what happened to Mr. Floyd.  But it does raise so many other questions, does it not?  Yes, now we have questions that I’d hate to be a JUROR on the trials of any of those four Officers involved.

And why?  I’ve worked in an E.R. and I’ve seen things that would cause me to look at all aspects of what took place.  But did any Medical Conditions and any Drugs in Mr. Floyd’s Body cause the very perplexing and not fully understood condition of what some call ED or EDS.  Death from EDS?  I know, it’s a term now bouncing around the Internet and it will be used most likely as a Defensive Tactic by the Four Officers in Mr. Floyd’s Death.

And the knee to the neck was supposedly an accepted tactic used on Subjects of Arrest which, if so, might amplify the City’s Liability, yes, Minneapolis’s Liability in a Wrongful Death Lawsuit.  I’m sure it’s coming and it rightly should or should it?  These are questions Jurors will be facing.  And the reason I’m thinking about a Jury View is that I have Jury Duty next Month which I hate.  It’s not a fun Time in any sense of the word. And another thing that concerns me is that Drug in his body.  In my lifetime, I’ve seen some strange things that were all Drug Related Issues a person was using.  Bad issues.  And bad Decisions, but who can blame the Addict?  Everyone seems to be addicted to something.  I know, I know, I know.  But here’s that E.D OR E.D.S or ED or EDS explanation-

Called “excited delirium syndrome,” the condition is characterized by aggressive activity, confused and unconnected thoughts or speech, hallucinations, and extraordinary strength and endurance when struggling, according to researchers and in various studies dating back to at least the early 1990s.

People with mental disorders, especially stimulant or illness-induced psychosis are at highest risk of EDS, those studies say.

Excited (or agitated) delirium is characterized by agitation, aggression, acute distress and sudden death, often in the pre-hospital care setting. It is typically associated with the use of drugs that alter dopamine processing, hyperthermia, and, most notably, sometimes with death of the affected person in the custody of law enforcement. Subjects typically die from cardiopulmonary arrest, although the cause is debated.

Excited delirium (EXD), first described in the mid 1800’s, has been referred to by many other names – Bell’s mania, lethal catatonia, acute exhaustive mania and agitated delirium.1 Regardless of the label used, all accounts describe almost the exact same sequence of events: delirium with agitation (fear, panic, shouting, violence and hyperactivity), sudden cessation of struggle, respiratory arrest and death.2

And here are Articles I used exerts from, but damn, if you Read them all, it will open your eyes to tons of worrisome things going on here in America.  And some are very, very scary to know or for me to now share.  But all of us are seeking the Truths, are we not?. The below are good reads if you seek truth in a PANDEMIC WORLD of HATE.