Hmm…this is a good QUESTION? And the answers are somewhat disturbing.  Only 83% of those 25-54 are working.  And certain indifferences continues to be always the same.  If you are a White Wage Hater, then you know where the numbers go.  And if you’re Hispanic or Black, then your paycheck is smaller than White Folks’s Wages.  But many Articles I’ve read are being based on Data from as far back as 2014.  Well. That sure DON’T tell me nothing. Does it you? The amazing lowest unemployed is directly tied to one thing-the number of Jobless Claims made?  I mean, what’s that prove?  The number of unemployed is so LOW that it means only one thing-most nobodies not

be needing a J O B, nor looking for one. 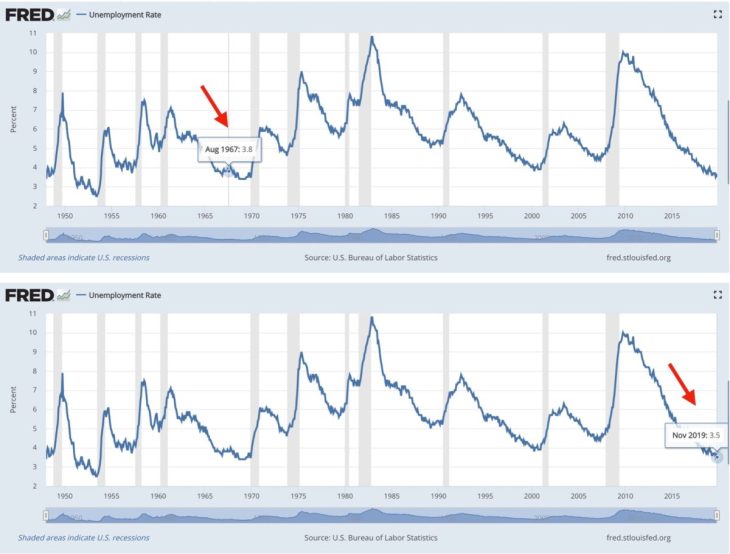 And the whole thing isn’t going to be fixed in the Court Systems when you have Mr. White in as President and most Presidents are Caucasian.  But here are two graphs from the Pew Research Center I found interesting- 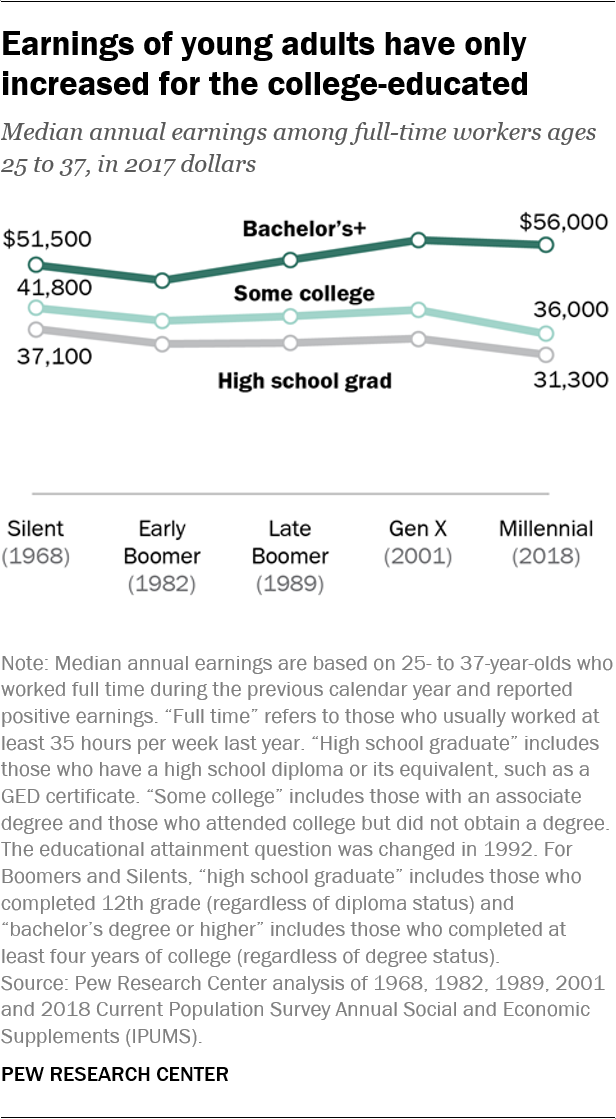 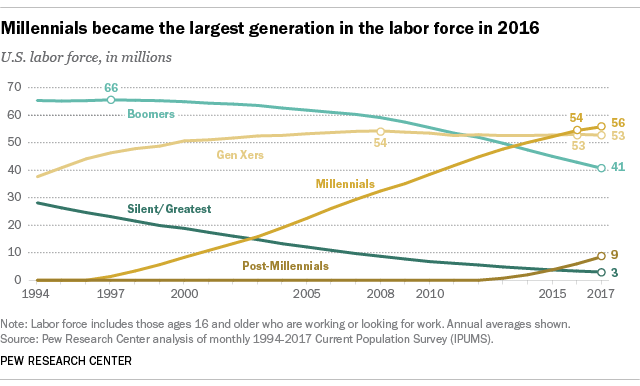 Looking at the above says College Folks doing the best.  But they are also the ones straddled with College Debt FROM easy to get College Monies.  But who cares unless your 1st 20-30 years of work will be strapped with Book Learning Debt.  And sure, it pays and then you pay.  So, that’s where more aren’t buying homes or cars cause many are still brow beating themselves cause they are living at HOME or in an Apartment Complex Communal setting. You know, it’s where everyone in the apartment rents a room with the rest of the apartment available to you like the TV room, kitchen. And bathroom.  A suckie set-up, but it’s so European and Landlords are smiling with a broader grin of more money for them.  But dang, if you DON’T go Communal, you can’t buy a $55,000 car or truck.  That’s if you buy at all.

Oh, by the way, the two graphs above are exerts from the following site-

The video with the above is excellence in the making.  Yes, put the blame where it lies.

ALL of us would rather hear it from the source than reading possible misinformation.  From FAKE NEWS to the now new word-MISINFORMATION.  And up ahead, someone will toss out another usable word.  But what happened to just calling it a “no-brainer” like can’t we figure this stuff out for ourselves?

Look, all of us know folks not working and that other 17% of the most capable worker age group comes down to around 18 million people.  And does that impact the whole of everything?  I mean, could someone tell me if Trump was hit in the head by a Comet when he created his latest Budget?

To put in an unsustainable Trillions of Dollars Budget just to keep HIS TAX CUTS in place?  Ain’t gonna work.  It is not sustainable.  That’s like try playing with Monopoly Money and not real money. Giving Taxpayers a Tax Break by putting all of it on the good ole American Budget Credit Card like you’ll never have to pay it back?

REALITY CHECK TIME.  Yep, time for that head check on OUR BUDGET!

Hey, wake-up, we’re going to have to pay that Credit Card or Debt off.  And that day is now And not tomorrow.  And the massive infusion of tax break monies was supposed to cause unbelievable new worker numbers, well, it’s not flowing like someone said it would when he did it.  Not trashing no one here folks.  It’s way past time to talk real numbers.  I’m just saying there’s an elephant in the China closet And this plan, although very tempting, it just won’t work.

I like tax breaks, but it’s a burner when you take the time to figure it all out.  When you look at how much damage it has already done.  Under President Clinton, National Debt was looking good.  Then came the Bush War Years and now the Middle East is now more unstable than ever before and the War Coffers have never been closed because the Middle East War Act has never been CLOSED!  Why not?

Not blaming, just trying to digest this massive DEBT in my head and why no one is trying to bring it back under control.  It’s like a stick wuth 💩 on it And the 💩 stick keeps getting passed on to the next Administration.

And are you too confounded because these are some mindboggling numbers? And is that Massive National Debt why 17% of that most capable worker group just woke-up one-day and said-Hey U Made The Debt, U Pay It Off cause I’M NOT!  So, they aren’t working. They went AWOL on the National Debt and have now refused to pony-up their share.  Forget fair share, fair share is no longer in the room of discussion. This monstrous Debt is no longer a fair share amount on anyone, it’s a massive Debt each of us OWES.  But what happened to those workers not working?

And did you ever think to see it explained to you in simpler words?  Instead of seeing it like it is, they are calling the No-Gonna Worker Class names like they are using drugs.  They are lazy.  They are non-American. And any other thing they can pump our way or in our ears.  But they simply are Fed-up. They got fed-up.

But now, did this make a dent on the numbers game of who is working and who isn’t?

That Asian Americans make so much more than Black and Hispanics American Workers is some surprising news. Really?

And in 2019. There were 130 million working Americans.  But these are not amazing numbers or ones that anyone can brag about.  Why?

These numbers of individuals joining the working ranks has been increasing steadily by about two million workers each year for quite some time, way past and back as far as 2000. And they are not super bragging rights numbers by any means to charge forward on a platform.  But again, the “non-working question” still drives the most interest by many a money manager.  At the very least, a vast waste of a Natural Resource.

But I’m not going to entertain why these individuals choose not to work versus to work. Who can do that without talking to them.  Sure, there are answers, but so many are homeless numbers on the rise at a rate faster than the 25% of farmers now in bankruptcy.  I’m talking about losing their farms.  Farms in some families for hundreds of years too.  Farm Aid Concerts were started by Willie Nelson and the first one was held September 22, 1985.  And most recently on September 21, 2019. But this is NOT ENOUGH.  America is losing farms at such an alarming rate that America will be buying 90% of all vegetables from beyond her own Borders in ten more years.  Vegetables from China on many tables in only ten more years.  Sure, they’ll be INSPECTED, but why has America come to such a decline in productivity?  So, what’s the answer?